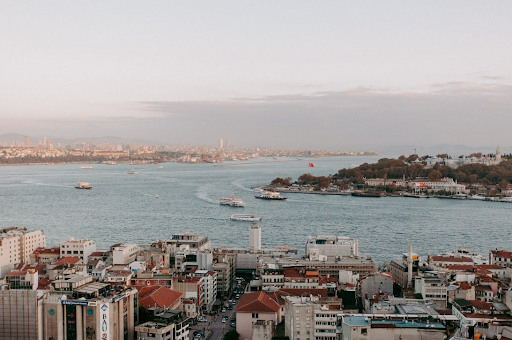 Japan is a unique state located in the Pacific Ocean and consists of four islands: Honshu, Hokkaido, Shikoku, and Kyushu. According to the latest data, about 125.8 million people live on these and several smaller islands. Each of them requires electricity and, given that the country has very developed technology, it needs a lot. Thermal and other types of power plants are very harmful to nature, so the Japanese have been looking for alternative forms of energy for many years. Previously, they have already tried to produce electricity from the sun and wind, but such methods did not give the expected results. Recently, another promising technology has been developed – they want to sink a turbine to the bottom of the ocean, which generates energy due to powerful ocean currents. However, this idea has many nuances.

The Japanese are the authors of many technical innovations – for example, Japanese graphics are one of the best in the world. It is often used by popular sites of casinos and betting companies. If you want to bet – visit the betting site.

Japan became especially interested in alternative energy sources after the accident at the Fukushima-1 nuclear power plant in 2011. Alternative energy is primarily associated with solar panels and wind turbines, so the Japanese authorities have invested the most in them. At the moment, the country is the third-largest producer of solar energy, and also produces electricity well from offshore wind. But the extracted energy is still not enough, especially since Japan can produce more electricity in another way – with the help of powerful undercurrents.

Indeed, according to scientists, ocean currents have a power factor of 50 to 70%. For comparison, this figure is 29% for the wind and 15% for the sun. Without any exaggeration, the generation of energy with the help of water is more efficient than with the help of the sun and wind. This technology seems even more promising when you consider that off the southern and eastern coasts of Japan in the Pacific Ocean there is an undercurrent called Kuroshio, which carries the warm and salty waters of South China and East China Seas to the northern latitudes, softening their climate.

About ten years ago, the Japanese company IHI, which manufactures ships, aircraft engines, industrial machines, and other serious equipment, realized this. In parallel with the main activity, the engineers all this time have been developing a huge turbine that spins under the influence of the flow of water and thereby generates electricity. Recently, it was finally tested and, apparently, proved its performance.

The huge turbine for power generation was named Kairyu. Outwardly, it is compared to a 330-ton aircraft because it is equipped with two large turbines. They rotate in different directions and are attached to the bottom of the ocean, somewhere at a depth of 30-50 meters. It is important to note that at the moment the design has been tested far from the conditions in which it should work. Someday it will be installed in the Kuroshio Current and, according to IHI representatives, it can produce up to 200 gigawatts of energy per year.

The difficulty of extracting “green” energy

According to Ken Takagi, professor of ocean technology, the easiest way for Japan to generate energy is through the power of the ocean. From a geographical point of view, wind turbines are best installed in European countries, which are located at higher latitudes. He did not say anything about solar energy, but it is better to install panels for generating energy in sunny countries. It is impossible to call Japan such because a mild and humid climate prevails there. And the island of Hokkaido generally has a subarctic climate with cold winters with lots of snow.

Getting Into An Alcohol Rehab in Colorado Springs